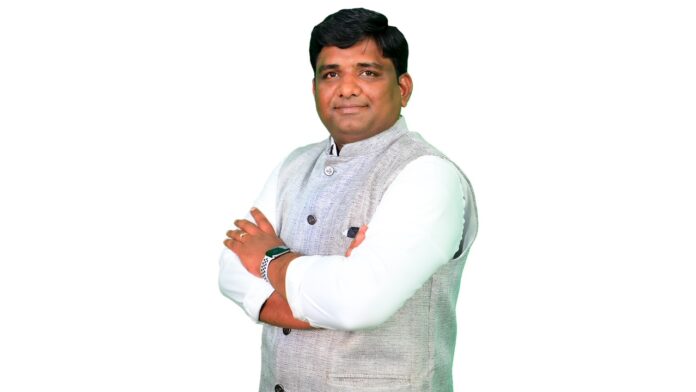 Gudur Nikhil Reddy, an engineer turned Poll Strategist, is fast emerging as the most sought-after Poll Strategist in Telangana. While he was a student himself, politics excited interest in him. He participated in bike rallies of the Congress party while pursuing his engineering in MVSR college. Later, when he joined his MBA at Sreenidhi University, the combined Andhra Pradesh state was witnessing intense movement for a separate Telangana state. Moved by the plight of the Telangana people in the combined state, he participated in the Telangana movement along with his fellow students. He stayed in India and witnessed the birth of Telangana as a separate state and left for the USA for higher studies and further career advancement. But he has not left the politics in India.

Immediately after completing his MS in Management Information Systems, he plunged back into political activity. In 2016, he was appointed as the Overseas Congress Telangana Chapter Youth Committee Vice president. His role was to receive and host the young leaders of the Indian National Congress during their political visits to the USA. In 2017, while Shri Rahul Gandhi visited Newyork, he helped mobilize the Indian diaspora for his NRI outreach. For the 2018 Telangana Assembly elections, he has run the NRI social media campaign for Telangana Congress from the USA. He was later appropriately rewarded for his hard work and was appointed as the chairman of the Overseas Congress Social Media Cell for the 2019 General elections.

However, disenchanted by the defeat of the Congress party in the 2019 Lok Sabha elections, he decided to return to India and plunge into full-time politics to bring back Congress to power in his home state. He was appointed as the National Social Media in charge of the Youth Congress for Andhra Pradesh and Karnataka states in 2020. During his tenure, he tried to strengthen the social media cell of the Youth Congress by forming committees and conducting training sessions. He has also taken training sessions personally to youth Congress leaders in Karnataka and Telangana as part of the training programme called ” Yuva Kranti Buniyadi”.

As part of his role in Youth Congress, he travelled across the country covering Karnataka, Andhra Pradesh, Delhi and his home state Telangana extensively. While travelling across the state he understood where the party was lagging at the ground level and the weaknesses of the Congress party at the constituency level. He then decided to start political consulting to provide professional services to individual candidates of the Congress party in conducting political surveys, designing a political strategy, handling their social media campaign and finally managing the polls in a professional manner. Currently, he is providing these services to several Congress leaders and helping them win in the coming State and Lok Sabha elections.

Inspired by the clarion call given by Shri Rahul Gandhi to unite the country he walked along with Shri Rahul Gandhi in the Bharat Jodo yatra during his Telangana stretch for 14 days covering 300 plus KMs. Shri Rahul Gandhi appreciated Nikhil’s commitment towards the Congress party and the strategic work being done by him which he felt is essential given the cut-throat competition in the current political scenario.